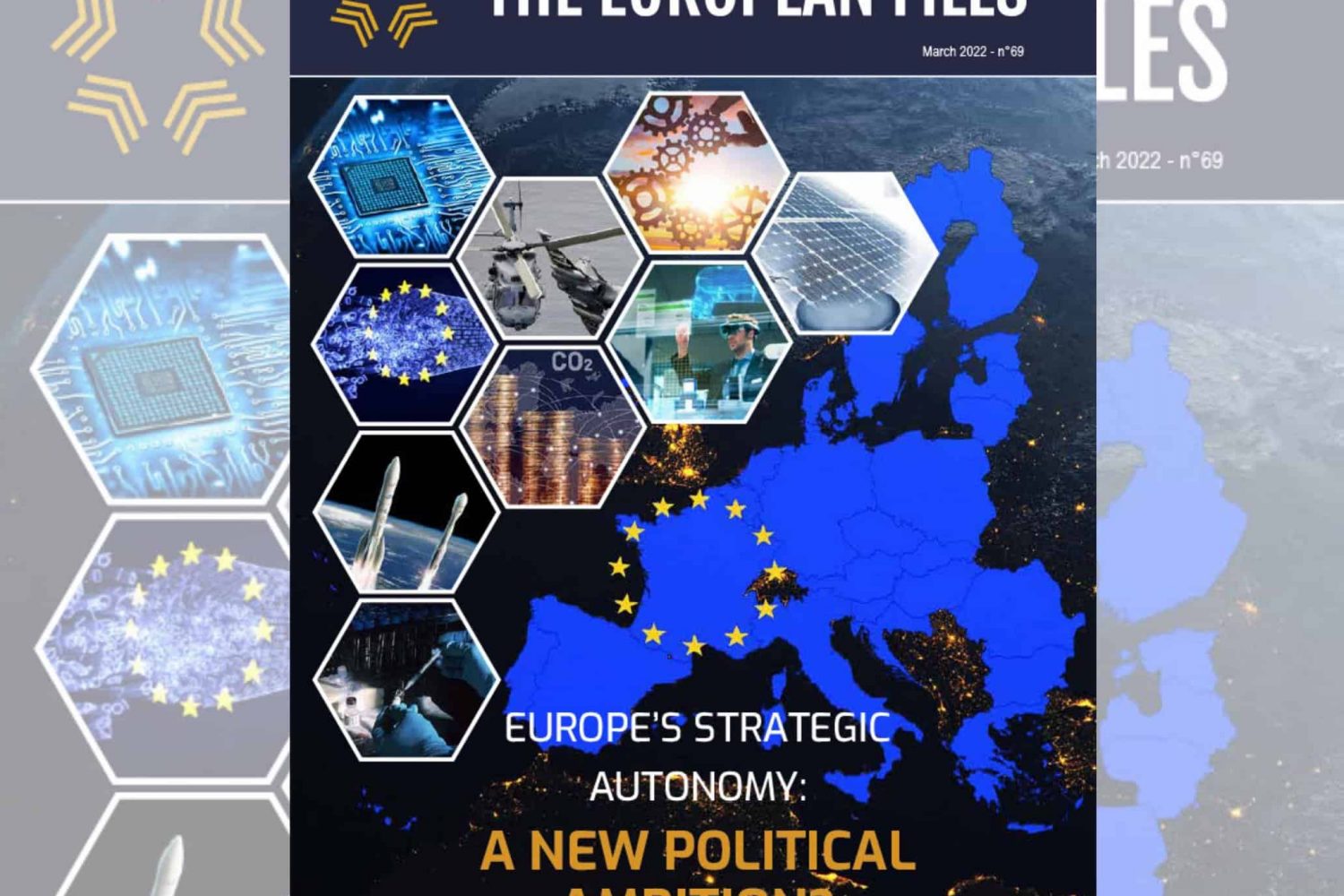 One of the main conclusions that can be drawn from recent world events including Covid-19, COP26, or Russia’s invasion of Ukraine is that the EU needs to develop more resilient and independent supply chains for critical commodities going from energy, pharmaceuticals, to microchips and battery metals. Independence means mostly starting to manufacture locally but this also needs to be done in line with our CO2 emission targets and in a durable way. As such, lithium is a prime example of a critical material that Europe is in desperate need for and that needs to be produced locally and sustainably.

Lithium is a key and irreplaceable component in lithium-ion batteries which are then used in Electric Vehicles (EV) and renewable energy storage. It is a cornerstone resource of our efforts to mitigate climate change.

The lithium sector is undergoing a tremendous growth and its global demand is expected to be multiplied by six before 2030, mostly supported by the development of electric mobility. In Europe alone, it is estimated that the we will consume around one million tons of lithium chemicals per year by 2030, which is 3 times the size of the global market today. Lithium will be used in giga factories built across the continent supported by companies such as Volkswagen, Renault, Stellantis, Tesla and others in what will represent the second largest battery market in the world after Asia.

Lithium prices have been under extreme upward pressure recently and have increased by more than 600% in less than a year. This surge has mostly been linked to the industry inability to increase supply fast enough to cope with the tremendous growth in the sector, and we are only at the beginning of the era of electric mobility.

Historically, lithium has mostly been extracted in Chile and Argentina where a salty water was extracted from the ground to then be stored in evaporation ponds, a lengthy process consuming large quantities of water in some of the driest places on earth. Today, lithium is mostly extracted as a rock from open pit mines in Australia and then exported to China to be refined into a lithium chemicals. Around 80 to 90% of the lithium used in our European EVs comes from China.

There is no lithium extraction or refining in Europe and 100% of our lithium needs have to be imported. This is leading to number of concerns and complex problems for Europeans auto and battery makers linked to logistics, geopolitics but also an environmental threat associated to the production of lithium itself. According to Minviro, a consulting firm based in London and specialising in Life Cycle Assessment (LCA), every ton of lithium hydroxide produced in China emits roughly 15 tons of CO2 emissions.

This is clearly not in line with automakers sustainability targets but this is also no in line with what consumers are expecting from an Electric Vehicles (EV). Driving a car with no exhaust emission is not enough, drivers also want to make sure the entire supply chain used for the vehicle, all the way back to mining, has been developed sustainably.

One of the logical solution to alleviate our reliance on China and the environmental and geopolitical risks linked to it is to start production lithium locally.

There are a number of lithium projects across the region and many projects will need to be successful to supply the European market, but it is unlikely that there will be enough local production. When developing a lithium project in Europe, there are many hurdles along the way. This would typically include permitting, financing, environmental impact assessments and societal acceptance.  A mining project, in particular open pit, will follow a difficult permitting process that requires a lot of experience and time. Rio Tinto getting booted out of Serbia recently is an example of how difficult it is today to develop open pit projects in Europe, even if they are aimed at de-risking the European supply chain by offering a local critical product such as lithium. The main element that needs to be addressed is the environmental impact of mining and refining activities which will have a great influence on the permitting process but also on the societal acceptance of the project. Other issues could be linked to the size of some projects where the size of the deposit doesn’t justify the construction of the refinery and requires import of feedstock once the deposit runs out. Several projects are also looking at importing spodumene (a rock containing lithium) to Europe to refine it into lithium chemicals. This is a similar approach to a number of non-integrated lithium converters in China but there is also an environmental concern there because converting spodumene into lithium chemicals is energy intensive and can be very polluting.  Similarly, the EU based converters would be importing spodumene containing 94% waste from Australia, Africa or Canada and would then have to dispose of this waste on the continent.

The company has secured access to the largest lithium resource in Europe, which is also one of the largest in the world. The resources has been identified from only two of Vulcan’s eight licenses, spreading across more than 1,000 square kilometres. There is therefore significant upside to increase the size of the resource further and offer more sustainable lithium to the European market.

Lithium is found in the Upper Rhine Graben, dissolved in thermal water in underground reservoirs. Proprietary technology developed by Vulcan allows the lithium to be filtered from this thermal water pumped to the surface. Special sorbents are used for this purpose, which attract the lithium ions. After lithium extraction, the thermal water is returned to the natural reservoir in a closed loop system.

Extracting the lithium from the thermal water requires energy. The energy comes from the heat of the thermal water, which can be used to produce electricity and heat, and also directly for the closed-loop evaporation process of the lithium solution. The electricity can be used to power the pumps and other electricity needs of the geothermal system and lithium extraction, with excess energy sold to the grid. This makes lithium extraction climate-neutral, as no CO2 is emitted, but the process also consumes very little water and chemicals, will generate a very small amount of waste, and will have a very small land footprint.

The project started in 2018 and has since then undergone a significant development. The company, dual listed on the Australian and German stock exchanges, has a market capitalisation of more than US$1Billion and has raised more than $320M last year to finance the development of the project. Vulcan Energy has also signed long term lithium supply agreements with five key players including Volkswagen, Renault Group, Stellantis, Umicore and LG. Vulcan is actually the only project in Europe who has signed long term supply contracts with European auto and battery markers and the only lithium project globally to have fully allocated its first 5 years of productions to non-Chinese tier one offtakers.

The company is currently operating a pilot plant for its lithium extraction process plugged directly to a local geothermal plant. Vulcan has also acquired an existing geothermal operation and is, since the beginning of the year, already selling renewable energy to the German grid. In the middle of this year, a large demonstration plant will start operation, which is the last technical step before commercial construction and operation.

Vulcan’s goal is to start production in mid-2024 which enough output to supply more than one million electric vehicles per year. Following an investment of around €1.7Bn to build this asset, the company will then look at expending further and offer additional renewable energy and lithium to the European market and help the industry to both de-risk and decarbonise its supply chain.